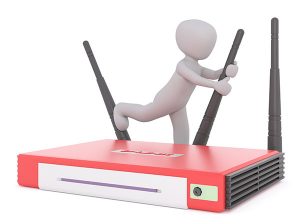 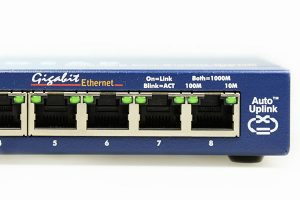 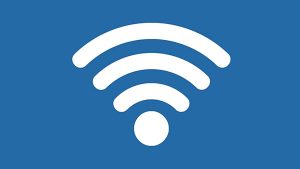 I have recently ordered gigabyte internet, I will now get ultra fast internet throughout my property?

You will get faster internet into your property however to get the fastest speed possible throughout the whole of your property there are several factors you will need to take into account – these are mainly your equipment inside your property which includes your router, cabling, wifi connections and the capabilities of any devices connecting to the internet.

When your ISP provdes you with gigabit internet, they are supplying the internet at a speed of 1gb into your property as far as your router. They are not responsible for the speed within the property that your devices connect at, that is up to the user to set up their home network in a way that gets the best possible speeds around the property.

Why do I sometimes lose speed within the property and not get a 1gps on my devices?

What spec does all my hardware/network need to be?

Cabling – To transit data at 1gb, all ethernet cabling used must be capable of supporting 1gb. This is not generally a problem as all ethernet cabling used these days tends to be of cat5e or above which supports 1gbps transfer rate. There are a few cat5 cables still around however if this is the case, they would need to be replaced as cat5 only supports up to 100mbps. Bother cat5e and cat6 both support up to 1gbps and are the most commonly used. However, cat6, cat6a, cat7 and cat8 cable is possible to be purchased which all support rates much faster than 1gbps, even as far as 40gbps in the case of cat8.

Router – Your router supplied by your ISP who are supplying your gigabyte internet will be capable of the speeds required for gigabyte internet. However, many people prefer to use their own routers so they need to choose one which is capable of 1gbps, having 1gps ethernet ports. Any ethernet ports slower than 1gps will mean that it cannot transfer the data through that point at the full speed.

Wireless Speeds – Many users will connect their devices wirelessly to the router. In all cases, unlike wired connections, wireless connections are never totally lossless, their data transfer rate will always usually be slightly lower than if it were wired. Sometimes it may be considerably slower depending on how the wifi travels throughout your property with regards to signal loss over distance and interference. Routers have different standards of which all have different wireless transfer rates. Older standards such as 802.11a, 802.11b, 802.11g and 802.11n are not capable of wireless transfer speeds as fast as 1gbps and so router of this specification will not be any use.

The most common standard these days is 802.11ac which consists of both 2.4ghz and 5ghz channels and in theoretical perfect conditions can transfer wirelessly up to 1.3gpbs on the 5ghz channel. However, 2.4ghz only support up to 450mbps, therefore any devices connected on the 2.4ghz channel will have a maximum speed of that value and not get the benefit of the 1gbps internet connection to it. The newest wifi standard is 802.11ax (or wifi 6) which is capable of even faster transfer speeds still. Both 802.11ac and 802.11ax  support mu-mimo technology which helps increase wifi throughput.

If you have any other wireless devices on your network to try and extend the signal around your property too such as a mesh system, access points or extenders then these always would have to be capable of transmitting data at the minimum speed. This also applies to any other devices on the network whether wired or wireless.

Your Devices – Although your wired/wireless connections by the transmitted at the required speed, your end devices such as your laptops, desktops, tablets, phones and any other devices on the internet also need to be capable of receiving at the required rate. For example, a desktop PC or laptop which is plugged in by an ethernet cable needs to have a network port which is capable of 1gb otherwise it will be restricted to data at 100mbps. Many modern network cards and newer machines now have 1gb network capability though. Wireless devices such as phones would need to be capable of those wireless standards too such as 5ghz. Not all phones and devices support 802.11ax wireless yet however the vast majority of modern devices will support 801.11ac and 5ghz. If not, these may need to be upgraded.

How can I tell if my home network is capable of up to 1gbps on all devices?

Whilst you have got all your equipment in place, it is possible to run what is known as an iperf test to test the speed capabilities of your network. In the similar way that “wifi” and “internet” are not the same thing, the true speed of your home network is not linked to the speed of the internet within it. An iperf test measures the potential speed of the data of what your network can carry in a perfect scenario and is useful for diagnosing and potential bottlenecks in your home network.

Do I need to worry if I can’t get 1gb to all my end devices?

Not necessarily! If when setup you are not getting a download rate of 1gbps on your devices but are still getting a speed such as 150mbps, even though that is much lower than 1gps, in real world use you would still be able to stream without problems, download quickly etc on that device and it would still be an improvement on your current connection. Plus you would still be getting 1gbps coming into the property which makes the connection better for multiple users on the network to share the internet. If it were a case where your home network was not capable of transmitting data quicker than 100mbps (for example) on an iperf test then it would be a case of either upgrade your home network structure to do so or save some money and stay with a service from an ISP that does not provide a speed above what your network infratructure is capable of. In most cases, though people would prefer to upgrade their existing devices as that takes into account futureproofing.

Should you require any further advice at all, please feel free to contact us. We are always happy to have a look at your infrastructure in person and carry out iperf  or any other tests if required.