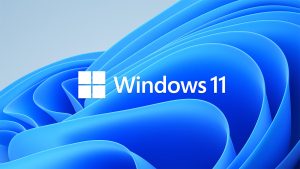 Windows 11 has been announced, when is it coming?

Despite Microsoft announcing a few years ago that Windows 10 was going to be their last release of Windows and that in future it would just be subject to updates, they have now confirmed what many have thought for a while – Windows 11 is on it’s way.

The official release date of Windows 11 is expected to be towards the end of this year.

However, for those users registered to the Windows Insider program a preview build is available to download and install. However, as this is still a beta release it is likely to be not be the most stable version of Windows until it has been developed further.

Will my system be able to run Windows 11?

Windows 11 will have certain specifications that your PC or laptop must meet, these will be a little bit higher than the current Windows 10 requirements including:

There may be a few further requirements for certain specific features.

An official compatibility checker tool will be available via Microsoft very soon which you can use to see if your current system meets the specs.

However, there are a few cons to using your own third party router such:

If you feel that you will benefit from the features of using a third party router and would like advice  on the routers and the best set up for your needs, please contact us.

Will it cost me to upgrade to Windows 11?

If you are currently running a Windows 10, then no! Microsoft say it will be a free upgrade to any users of Windows 10 providing they are running a legitimate copy. It will be available to download via the current methods that Microsoft also use for Windows 10.

It is not known yet if users of older version of Windows such as 7, 8 and 8.1 will be able to upgrade for free however they may be able to do so by going via the route of upgrading to Windows 10 first.

Can I still use Windows 10?

Of course! Windows 10 is expected to continue being supported with some kind of support until October 2025 so there is plenty of time to continue using it in the current way, especially if your system can run Windows 10 no problem but may not meet the specs for Windows 11. However, many of the specs such as the 4gb ram requirements we already recommend for Windows 10 anyway.

Many people like to get the latest version of an operating system straight away whilst others my like to let the new version mature with a few updates to iron out any potential problems. Either way, both options are viable.

My machine does’nt meet the specs, is there anyway I can run Windows 11?

Never say never! Although there are minimum specs for Windows 11 we have been able to install Windows 11 on to older machines such as 2nd generation Intel processors with the aid of a few workarounds and have success.

However, this cannot be done without performing a clean install of 11 as opposed to upgrading 10 and how long Microsoft will support will support such older hardware with regards to updates etc is not currently known. But in general, the answer is yes, Windows 11 can be made to run on older machines,