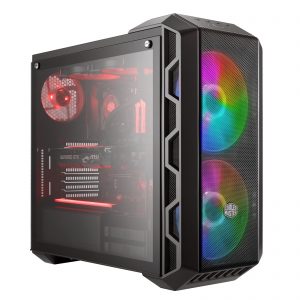 Why do a lot of gaming PCs cost so much when I can buy them from Ebay for much less?

Gaming PCs are very popular at the minute, there is no doubt about that. However, unlike a Playstation or an Xbox the specs of gaming machines vary massively and therefore so do the prices.

Some games such as Minecraft and other older games are not too demanding and most fairly low spec machines will run them, whereas some games such as Cyberpunk 2077 requirement much higher specs in terms of components such as processor, ram and GPU. Even then, to some of them games at the higher settings will require higher end specs.

What spec machine do I need?

However, as new games come out the specs that they require will also be higher over time and so a machine that may play Minecraft and maybe a few other higher spec games may not meet the requirements for any new games that may come out in the future.

The key issue here is upgradability.

Can I buy a cheap gaming PC off Ebay or Amazon and upgrade it?

There are many gaming machines on Ebay and Amazon at the minute sold as a package for just a few hundred pounds with the things like what appear to be fast processors and high spec graphics cards and they often come in a brand new fancy case with RGB lighting to give the impression is a high spec machine with many new parts.

However, the issue with these machines is that although the cases may be brand new, many of the parts inside it may be up to 11 or 12 years old such as a 2nd generation i7 processor and a GTX 650 GPU. An i7 processor may sound a good spec and is cheap compared to a latest gen i7 however the performance is often much much less.

For example, compare the CPU mark scores of the following (higher is better):

To put it into perspective, as you can see the 10th gen achieves a score that is around 3 times that of the 2nd gen which really does show how lacking the 2nd gen is.

To show things further, even a 2020 10th gen i3-10300 achieves a CPU mark of 9344. It can therefore be safely concluded that a newer lower spec processor such as an i3 or i5 will outperform an old i7 so when a machine is advertised as an i7 processor, don’t assume it will be lightning fast or able to able to meet the specs for the latest games without checking the generation of it.

Furthermore, older i7 processors such as 2rd or 3rd will only run on motherboards with LGA1155 sockets. These motherboards are obsolete now and are limited in many ways such as they will only support a certain amount and type of ram (i.e. will not support latest ddr4 ram) and do not generally have features that newer motherboards have such as m.2 NVME slots. Therefore the motherboard and ram inside the machine will be many years old too. The same goes for the GPU, a GTX 650 card may sound good being part of the GTX range but it is in fact an old model.

Given that the motherboard is likely to be an 11 or 12 year model with outdated specs, that would make the whole system very limited to upgrading it in the future without having to upgrade multiple components.

What do you recommend?

If looking at maximising the upgradability of your system, we recommend buying as new components as possible and certain components are more important than others:

Other items such as hard drives, ram, power supplies etc are without a doubt beneficial to have at a higher spec, however those along with GPUs are items that can be easily upgraded and less dependant on the motherboard specs in most cases so at a later date the options are easier for those.

Don’t I need a good GPU though?

A lot of the time, yes! Many games are depending upon a good GPU in their specs to achieve the best frames rate however at current time of writing there is a worldwide shortage of GPUs and what are available have risen in price.

However, some of the higher end processors such as the Intel i-core and AMD Ryzen chips have onboard capabilities of a good spec that in many instances will run a lot of games fine. For example, the AMD Ryzen R5 5600G with it own graphics built in can achieve a much faster frame rate than and 11th gen Intel i5 combined with a GT 1030 graphics card together.

Our advice re graphics at the current time is, unless you really need a certain GPU then a good choice is to choose a CPU with good onboard graphics such as from the AMD Ryzen range. This will perform pretty well for now and then when GPUs become more available and afforable again it can be added to your system and that will increase the performance even further.

A new custom build machine of these specs is not always much more than the machines you may see on Ebay or Amazon, but in the long run the cost to yourself will be much less as:

If you know the specifications of the machine you want, then please use our online builder at www.instorepcbuilder.co.uk/gavardos where you can choose your own components for an instant quote for us to build it.