Why buy a smaller capacity USB pen drive when I can buy a 2tb one for less?

Buying a USB pen drive in a smaller size such as 8, 16, 32, 64, 128 or 256gb size may seem pretty pointless when you see the same drives on Amazon or Ebay for less than a tenner but offering a whopping 2tb storage. But how come?

Quite simply, it is too good to be true and there’s been a scam going on for a couple of years now with many generic unbranded USB flash drives being sold advertised at that capacity.

But I bought one and my computer recognises it as 2tb capacity?

These drives have usually had their firmware modified to trick the computer into seeing them as having 2tb capacity but the true capacity of this usually much much lower, often around 0.5% of the advertised 2tb. These often run on the older USB 2.0 interface which is much slower than USB 3.0 or USB 3.1.

Using specialist software it is possible to see the “real” capacity of these drives.

But all my files seem to write ok to it?

It may appear that your files are writing to it ok and without error, indicating that the drive has that large capacity but what is truly happening is that the files are being written to blocks on the drive, overwriting data that currently exists on the drive. As the true capacity is much less on these drivers too, that will mean that the blocks are written over multiples times meaning recovery of the original data that has been overwritten is near impossible. 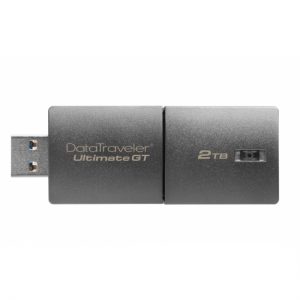 Is it possible to buy a “legit” USB pen drive with 2tb storage?

Yes, reputable manufacturers such as Kingston have released models such as the Data Traveller Ultimate GT however the price of this is approximately £1000 at the time of writing.

Compare this to an unbranded drive from China offered the same at just 1% of the price, that alone should set the alarms bells ringing!

I still need that much storage though, what do you recommend ?

USB pen drives are currently readily available on most shelves up to 512gb at a reasonable cost and 1tb and 2tb can also be bought but at a much higher cost.

Generally though, unless you really need the small physical portability that a USB pen drive offers then if you are looking at storage of 500gb and above we would recommend buying a portable external USB hard drive. These are available in much higher capacities at a very reasonable cost.